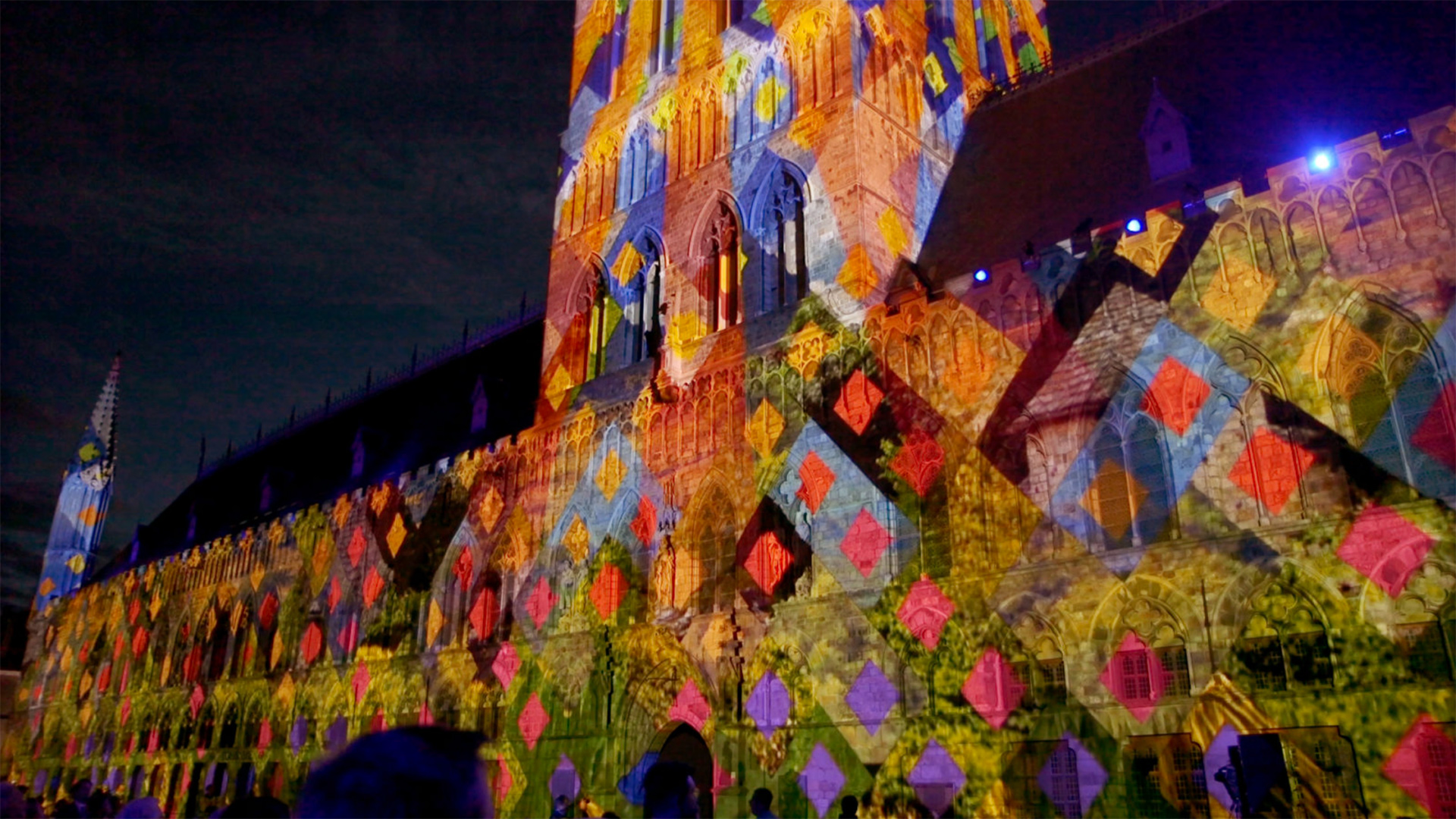 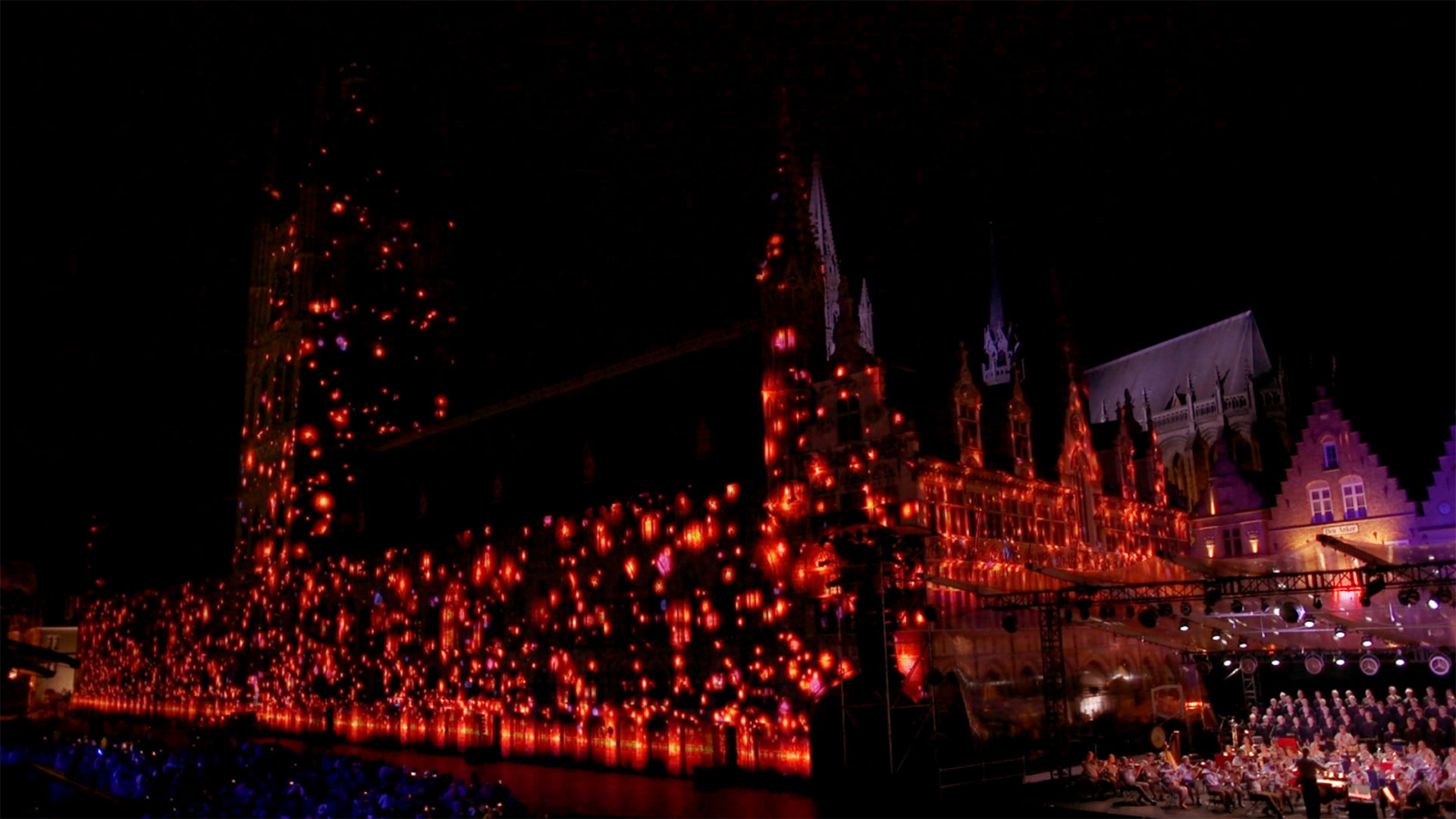 I had the privilege of working alongside Kate Dawkins to art direct and design the majority of content for this huge event. This project won a BAFTA in the Live Event Category 2018!

“To mark the centenary of Passchendaele, Third Battle of Ypres, the DCMS held a series of commemorative events. One of these special events took place in Ypres Market square. Presented in front of the formidable Cloth hall a building standing at 125 metres wide and 70 metres tall. Watched by approximately 8,000 guests and broadcast live by the BBC to an audience which peaked at 1.5 million.

The story of this horrific and infamous battle was told throughout the evening in a spectacular multi-media show of projection, live theatrical and musical performances, which included Dame Helen Mirren, Alfie Boe, the cast of The Wipers Times introduced by Ian Hislop, War Horse, a tri-service orchestra and the voices of the National Youth Choir of Scotland. Also attended by their Majesties The Duke and Duchess of Cambridge and Their Majesties The King and Queen of the Belgians.

We were responsible for the design, animation, and delivery of all the projection content. Joining forces with AV leaders, Creative Technology to deliver this epic, breathtaking and incredibly emotional story that played out on this giant, multi-sided building. 58 projectors across 7 towers projected a colossal 133,632,000 pixels seamlessly across the front, clock tower and side facades

Creating nearly an hours worth of complex content to cover this imposing canvas, it was important that we matched the emotional ebb and flow of the show. We were hugely fortunate to have the wonderful archive of the Imperial War Museum at our disposal. As well as creating bespoke content for certain sequences, including stop-motion animations of the rooms within nearby Talbot House, a wartime refuge for all soldiers to rest and relax and beautiful hand animated vignettes for the War Horse performance.

Our process started with the brief that the event was aimed at a more contemporary audience needing to communicate the uniqueness and significance of this particular battle. But we believe our main role was to deliver the right tone of voice to accompany such a remarkable poignant event.”- Kate Dawkins
–
Client
DCMS/BBC 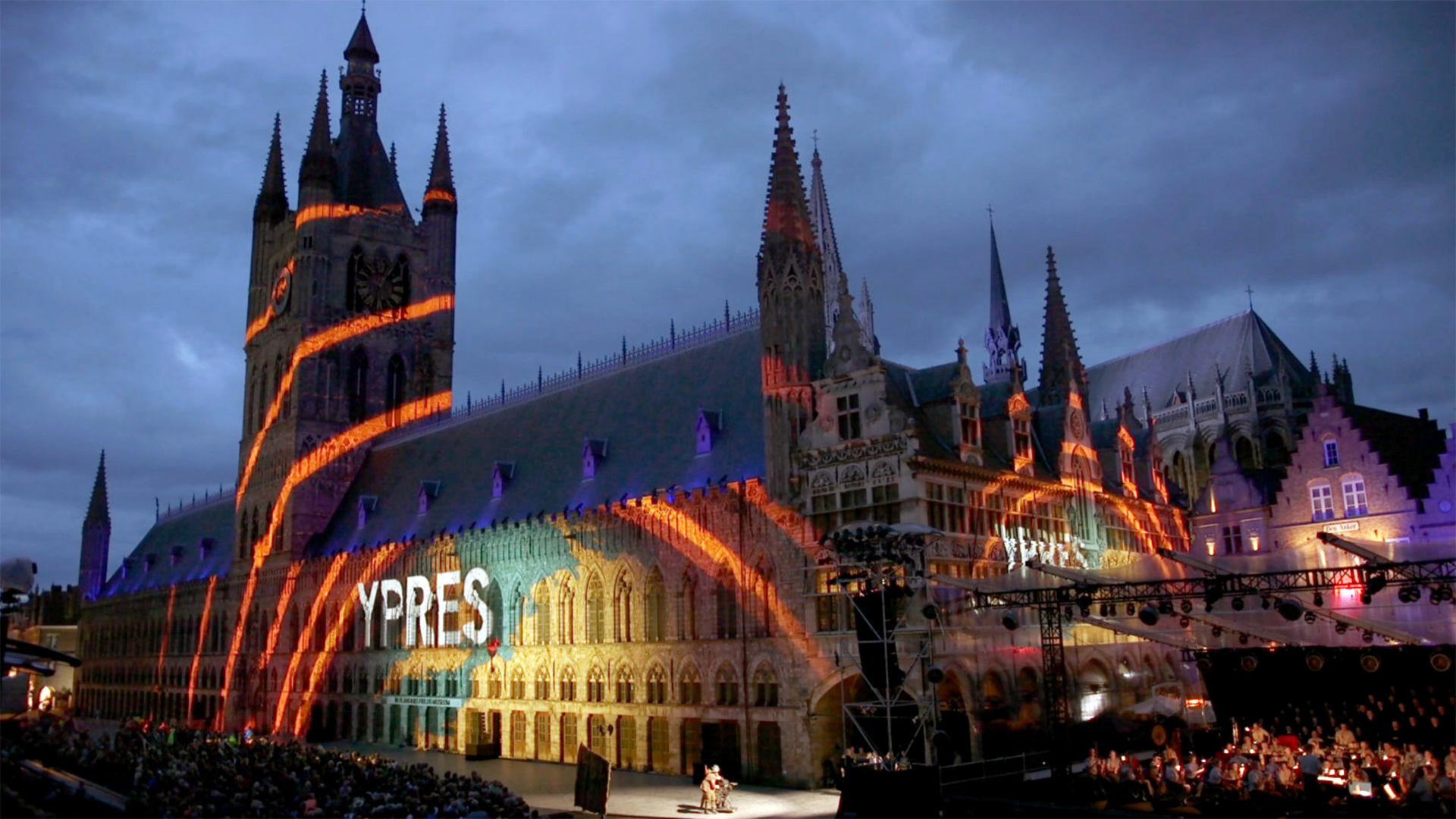 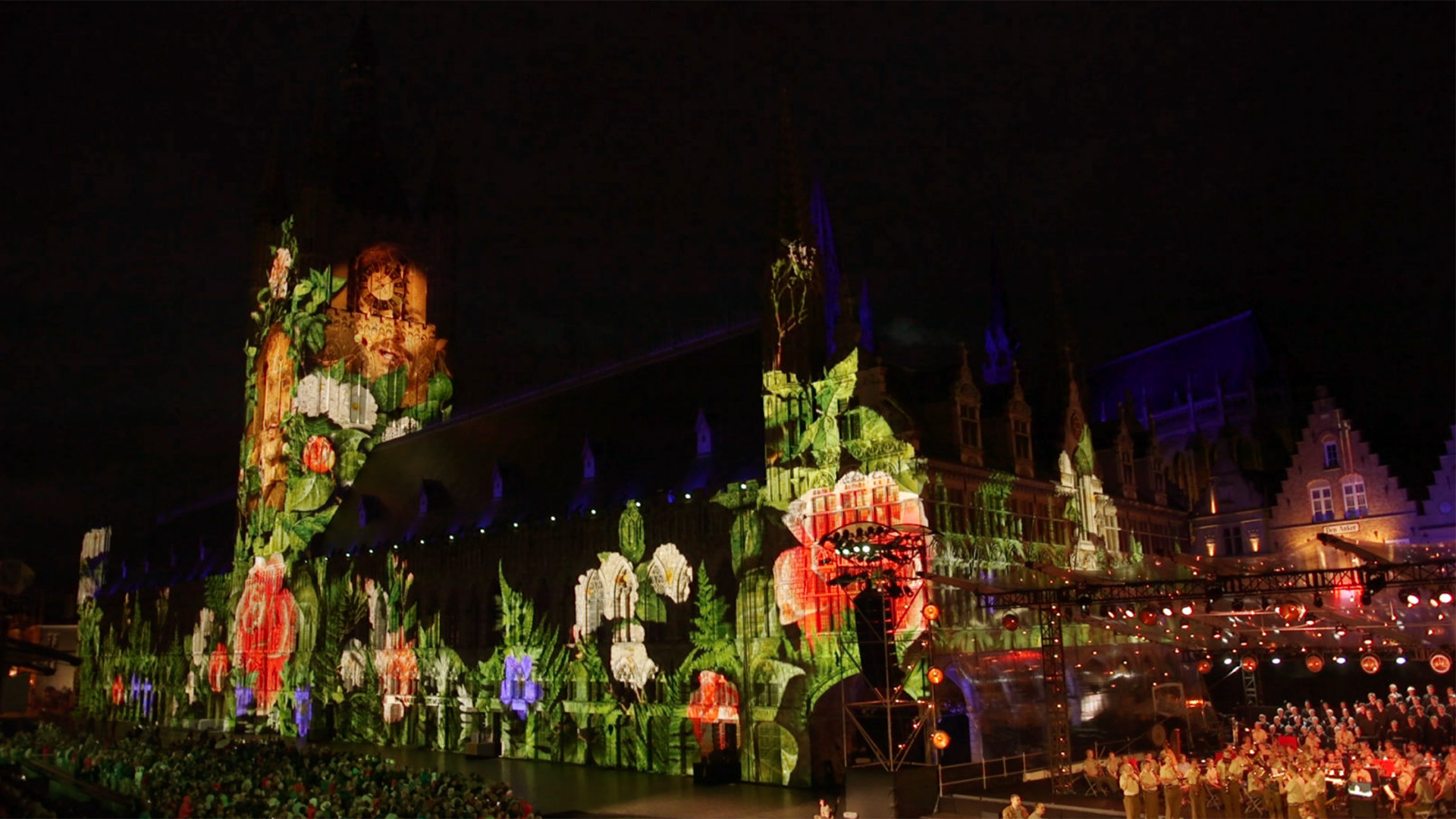 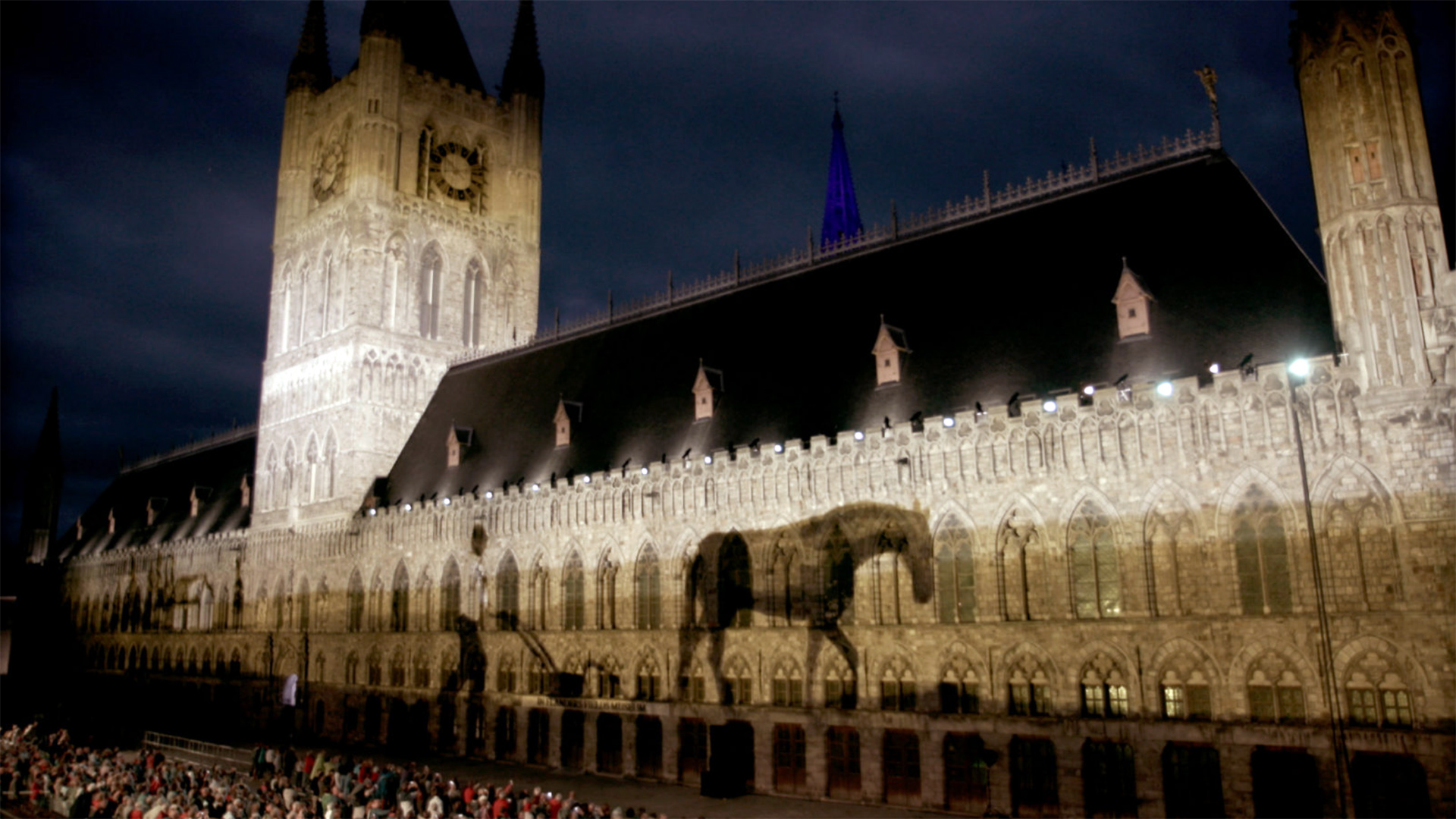 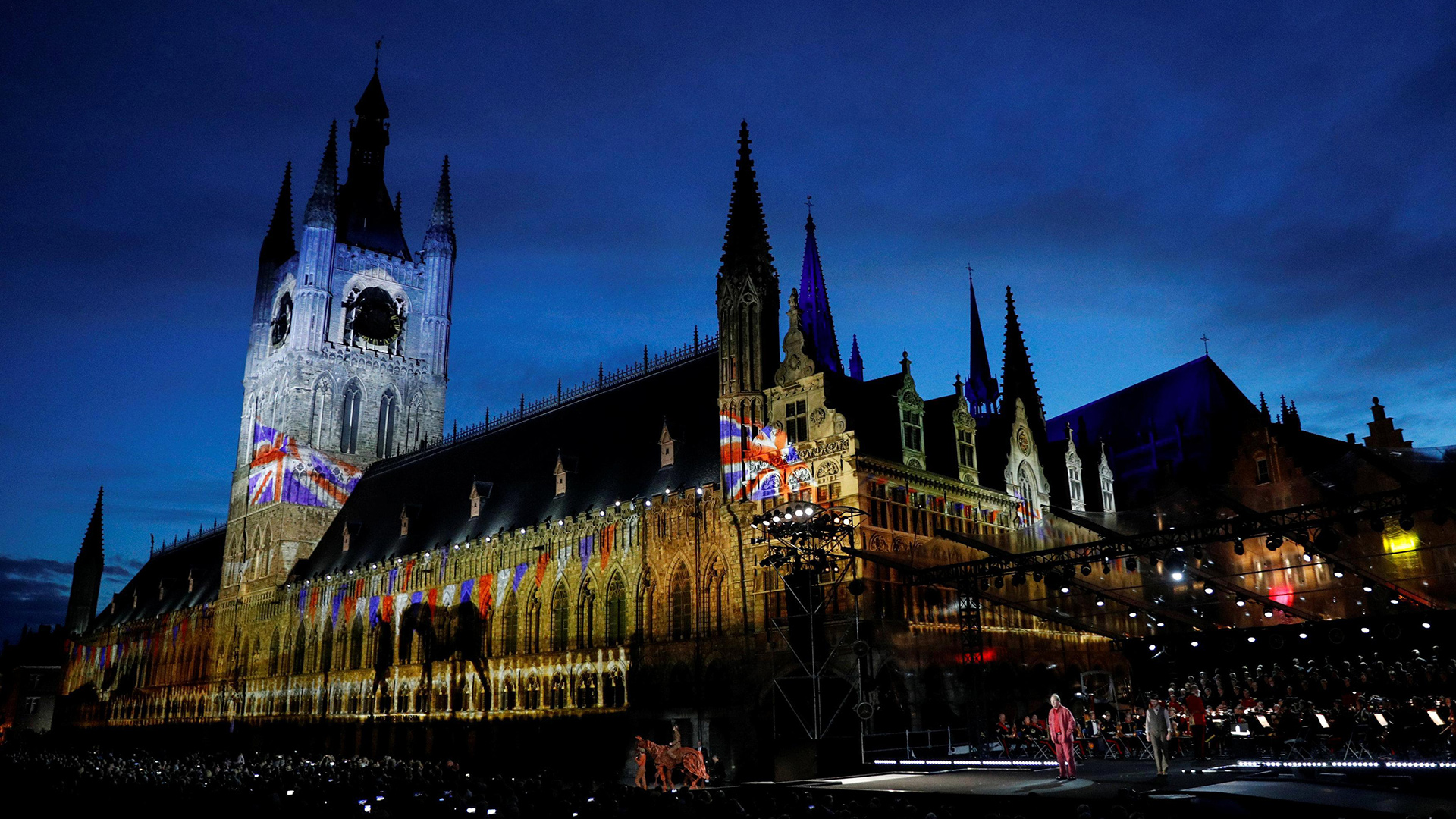 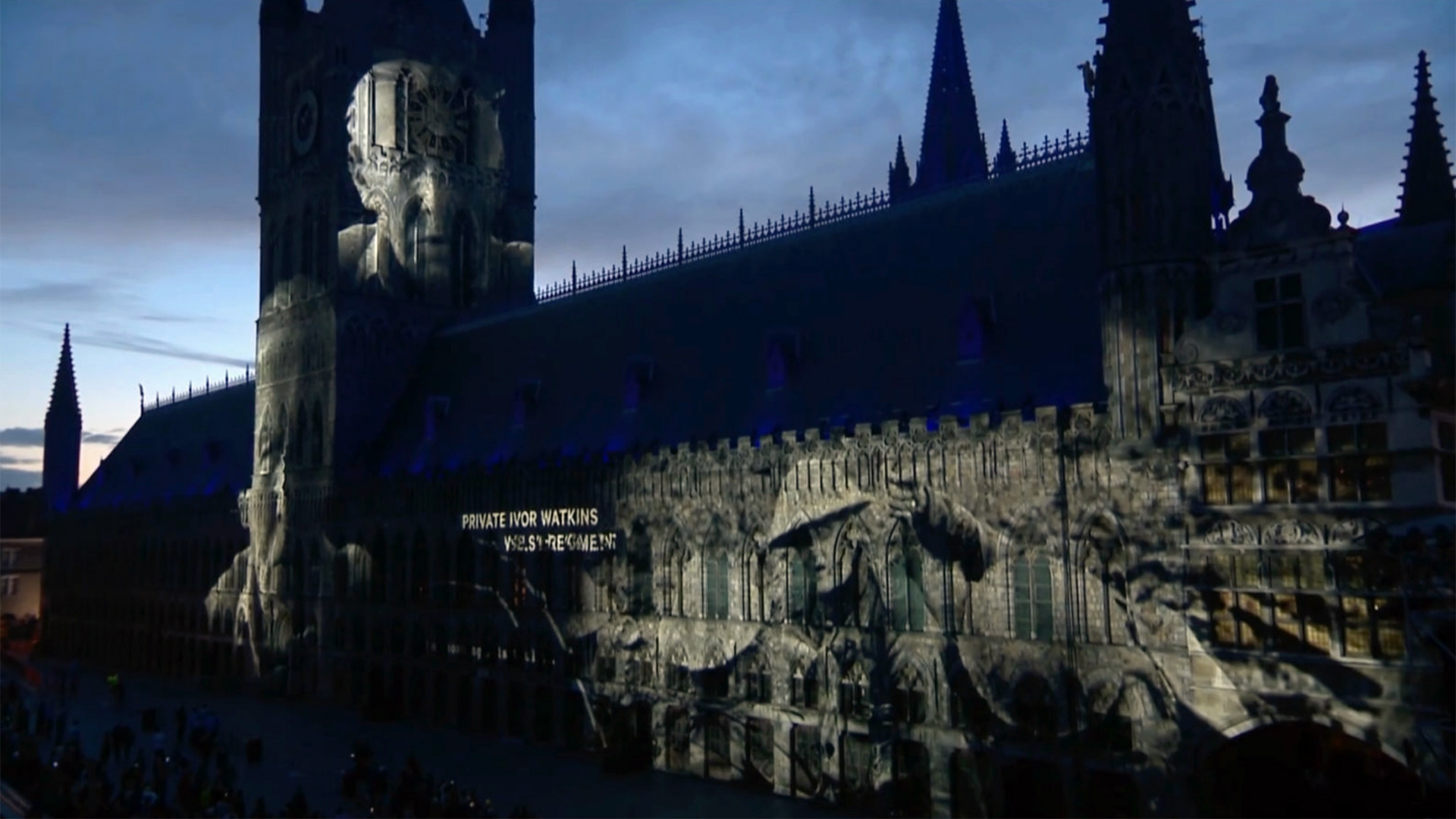 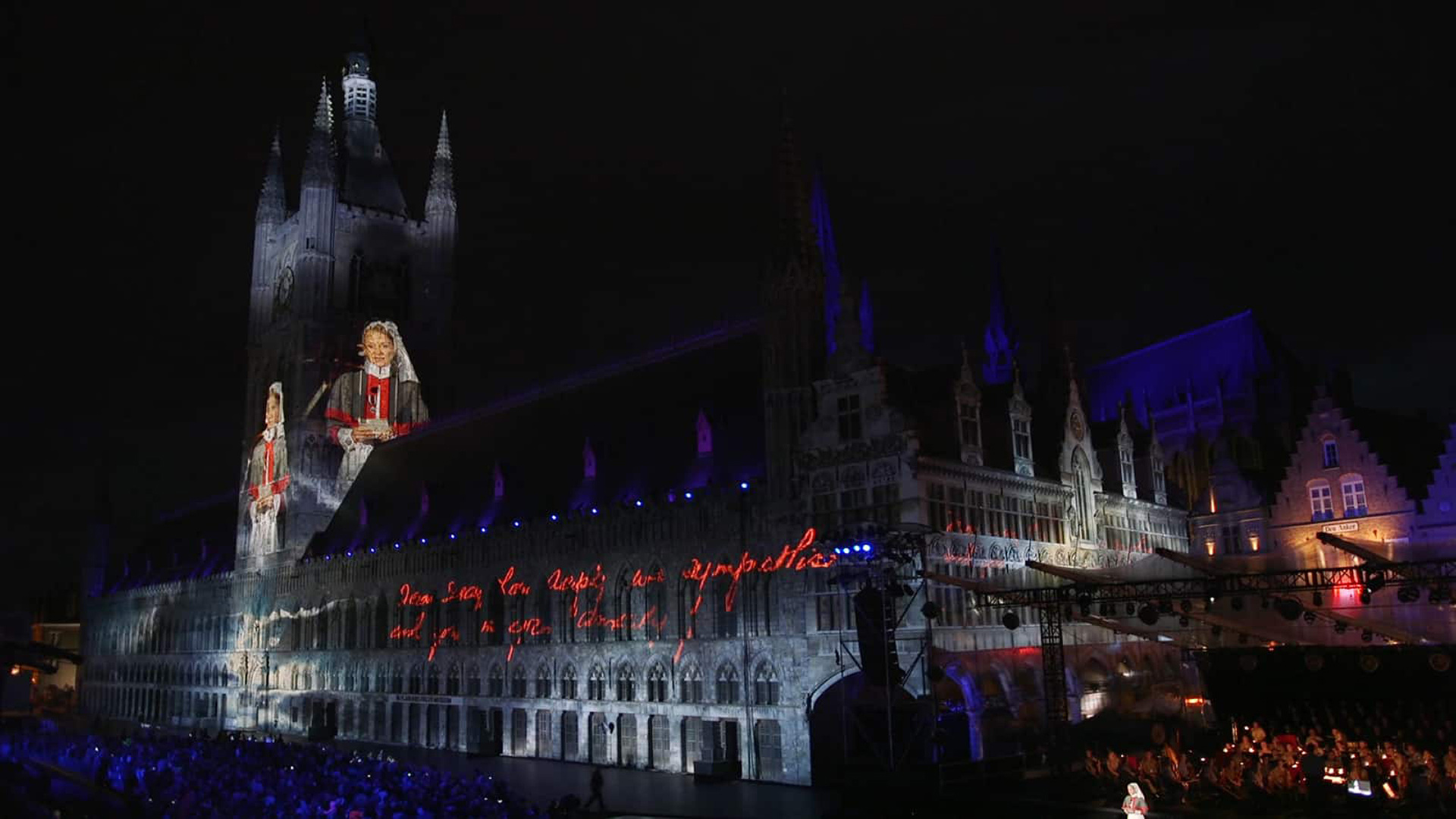 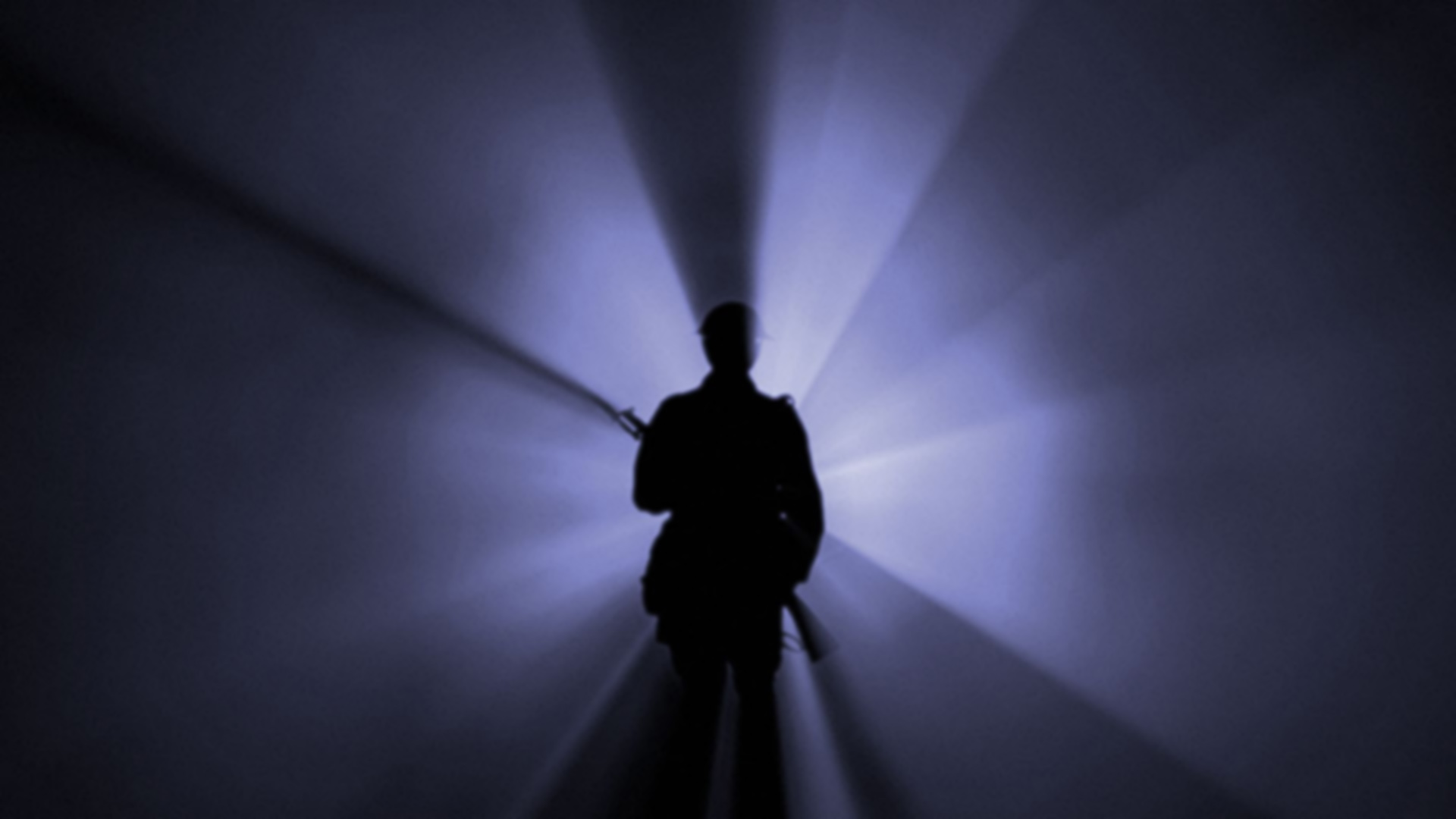 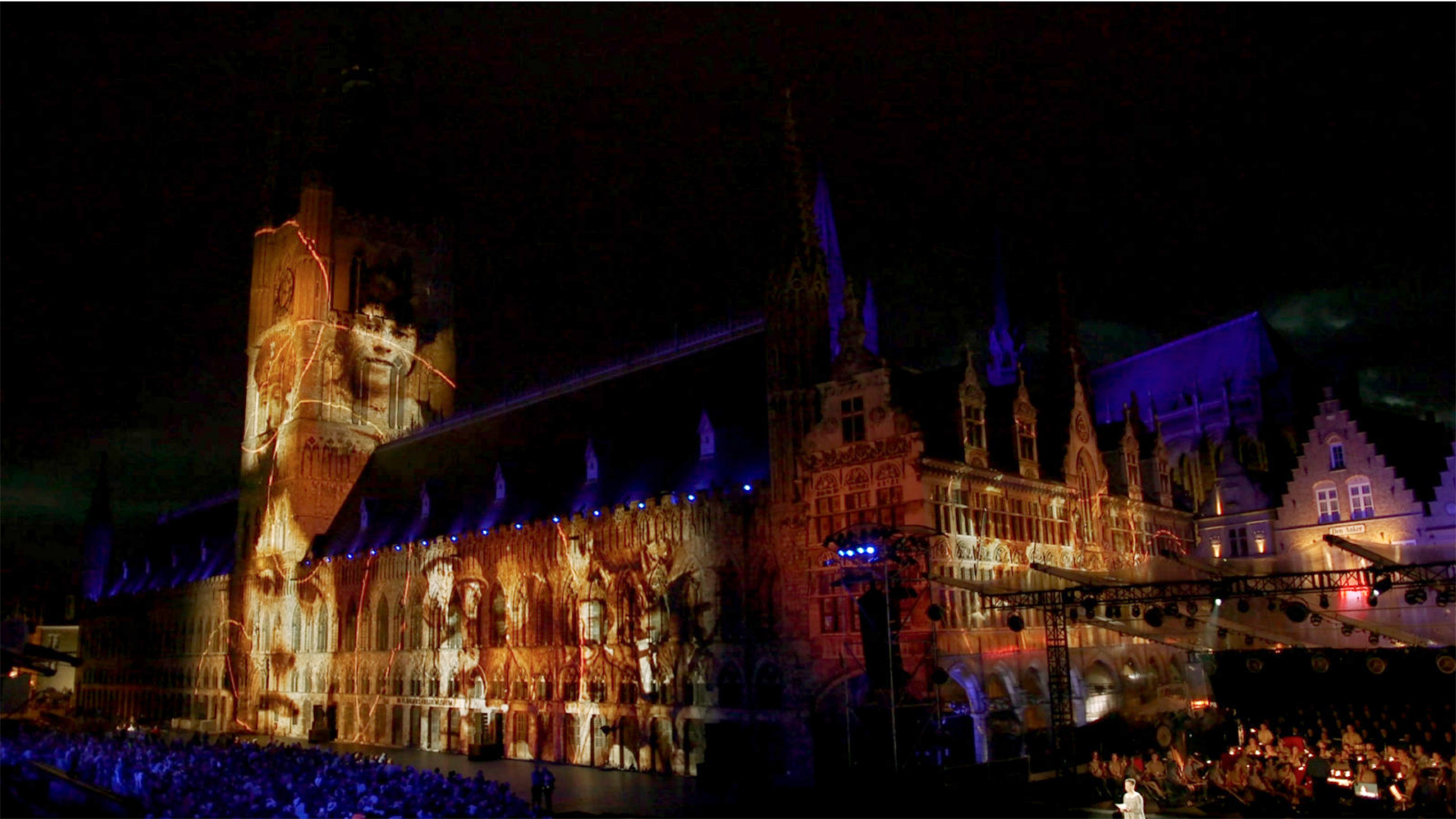 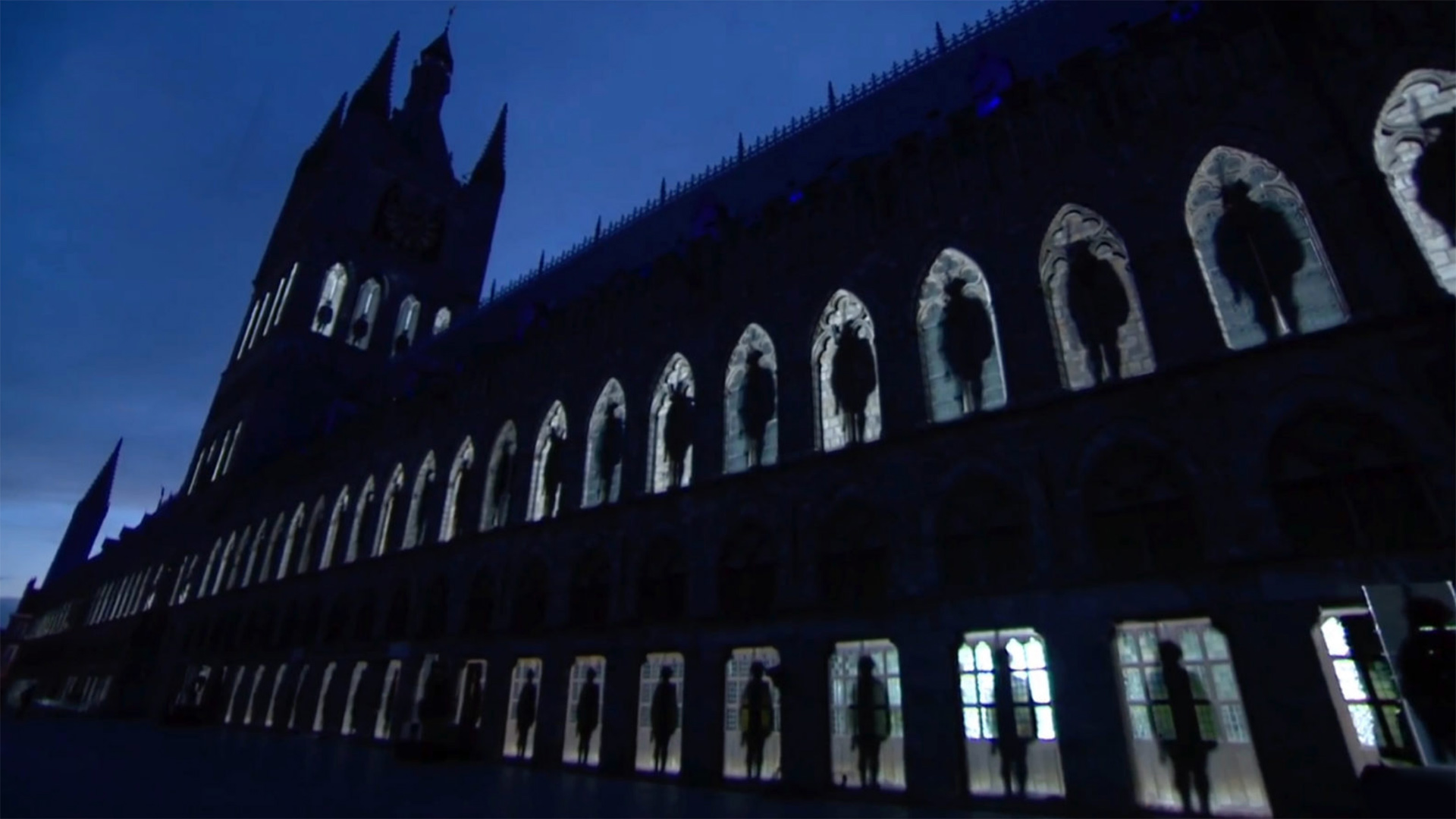 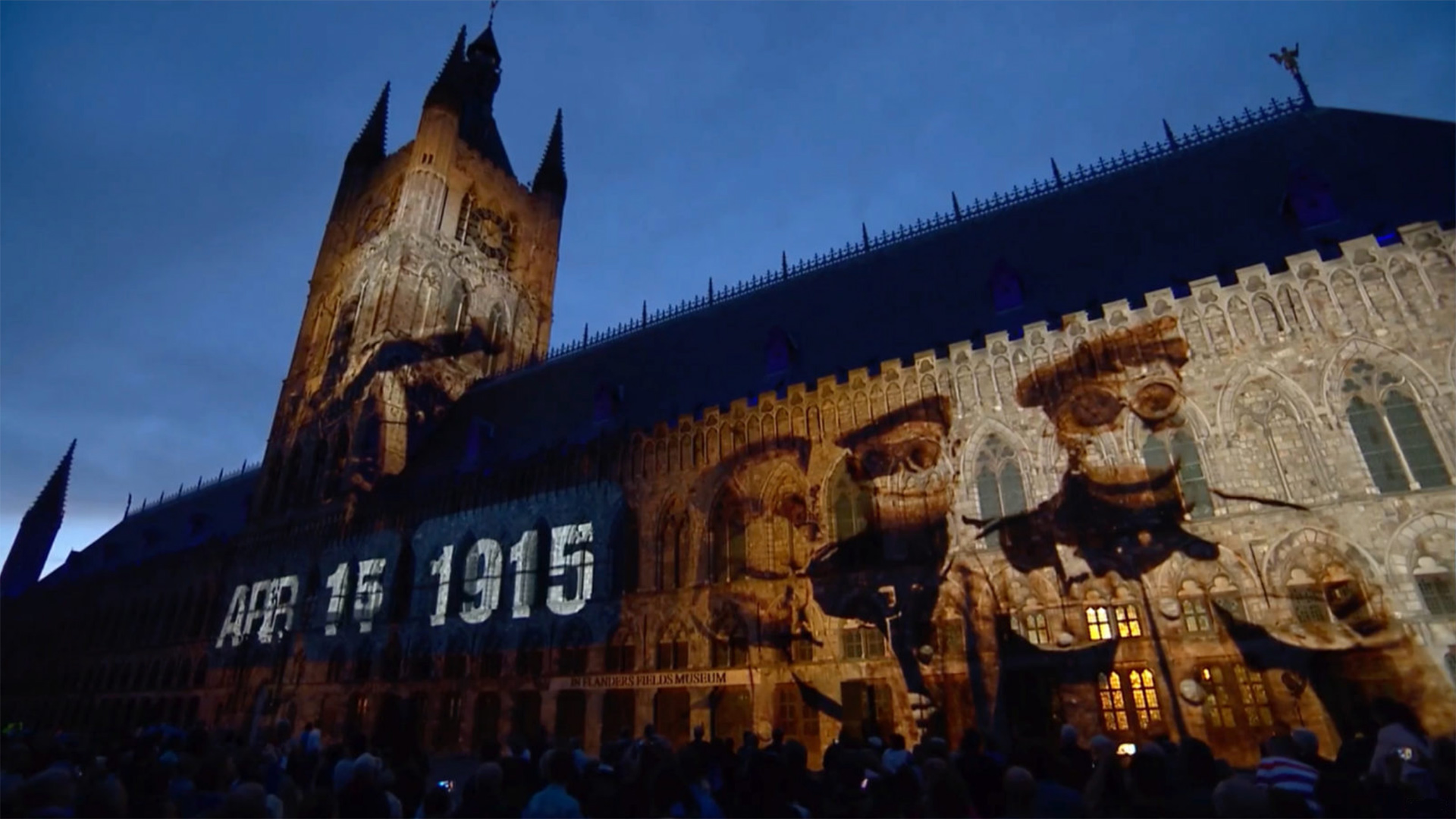 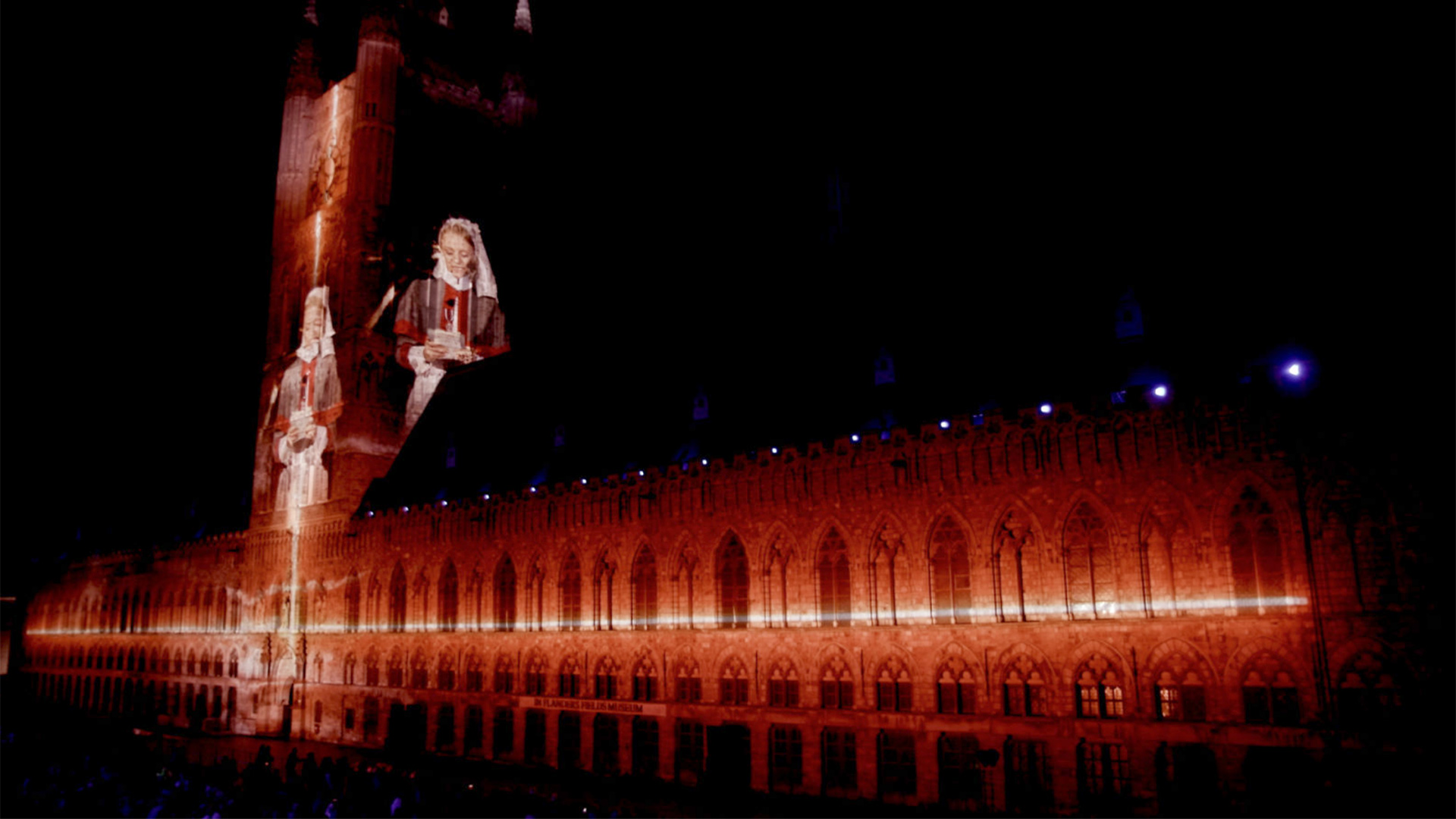 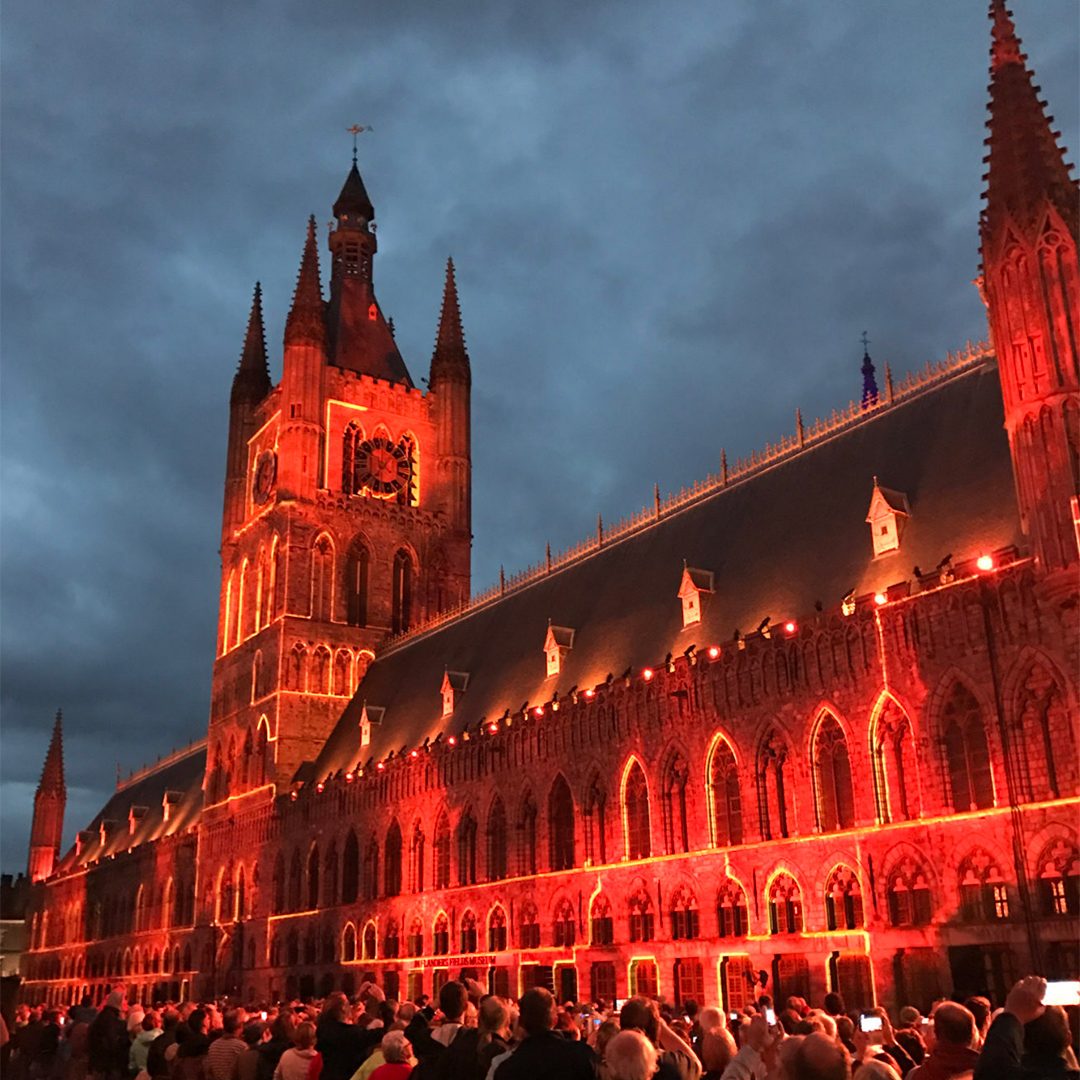 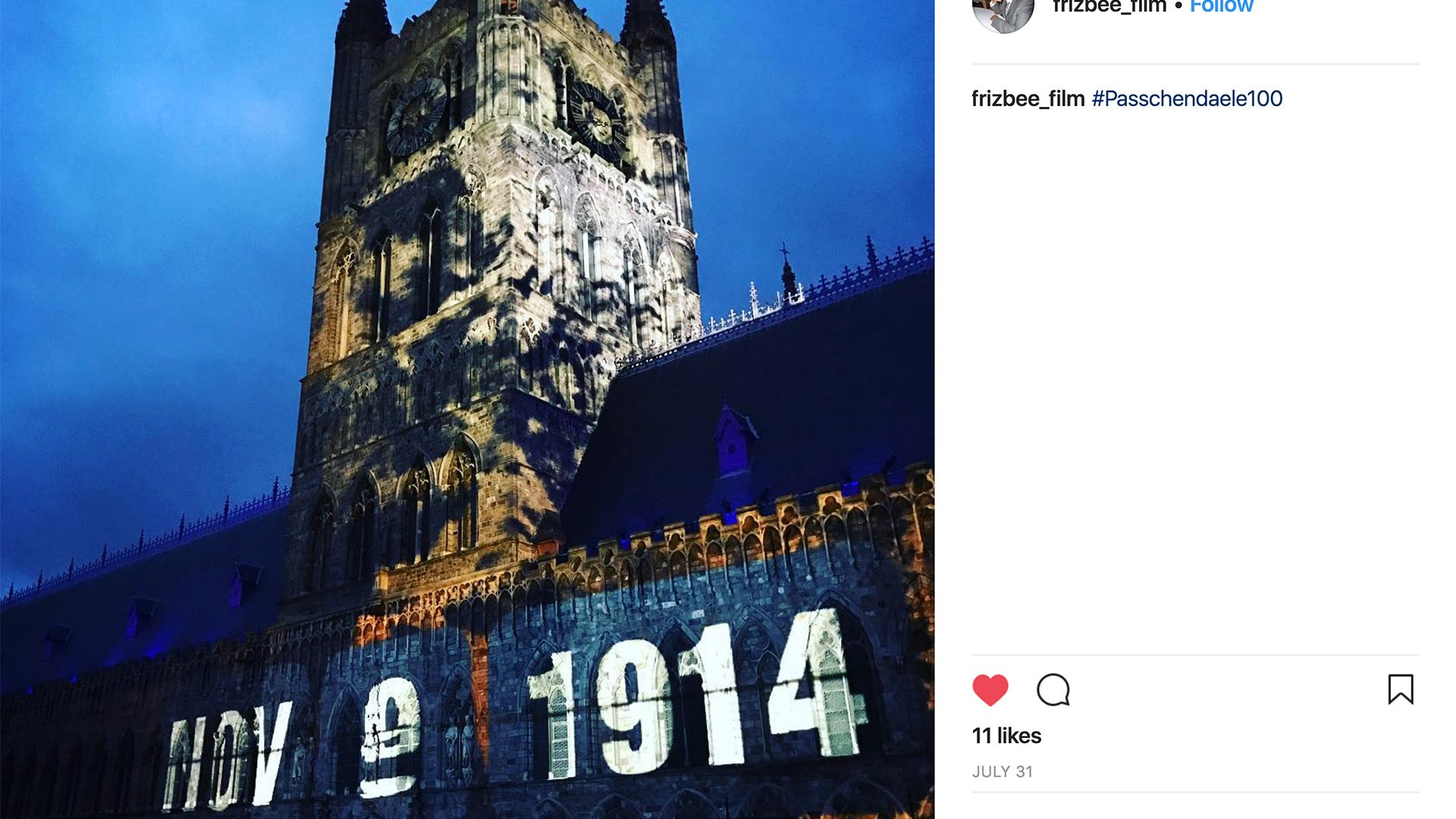 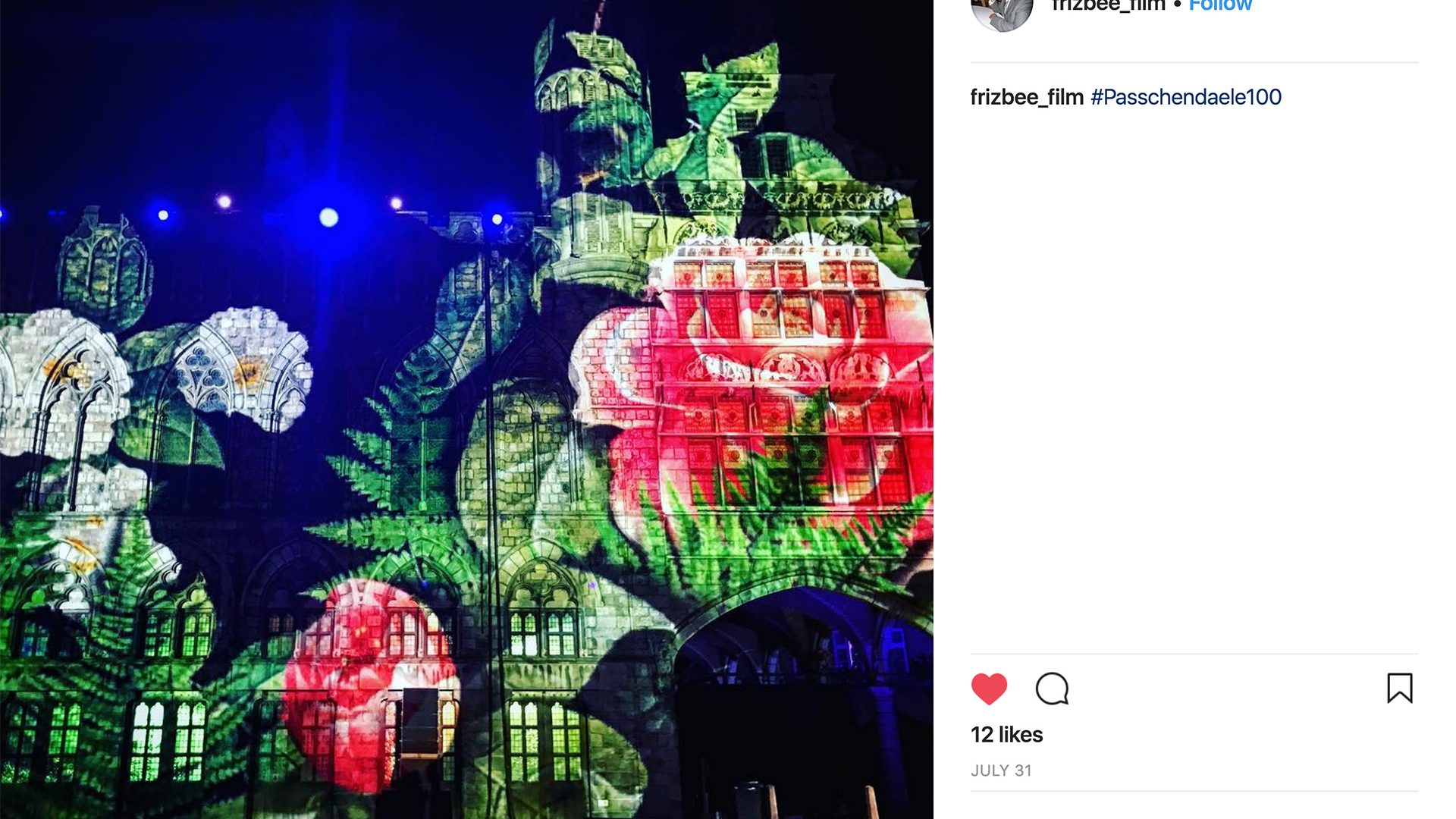 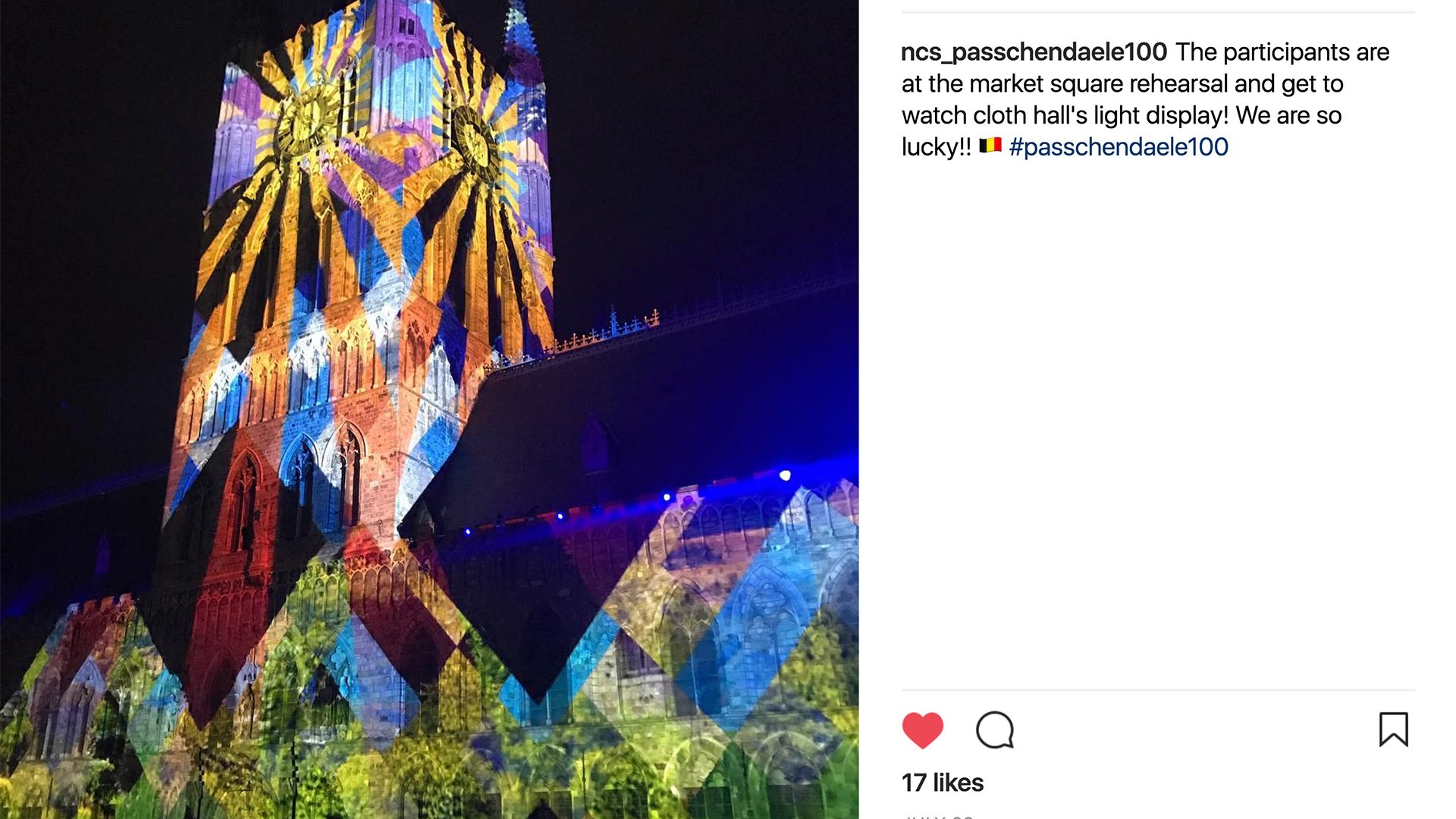