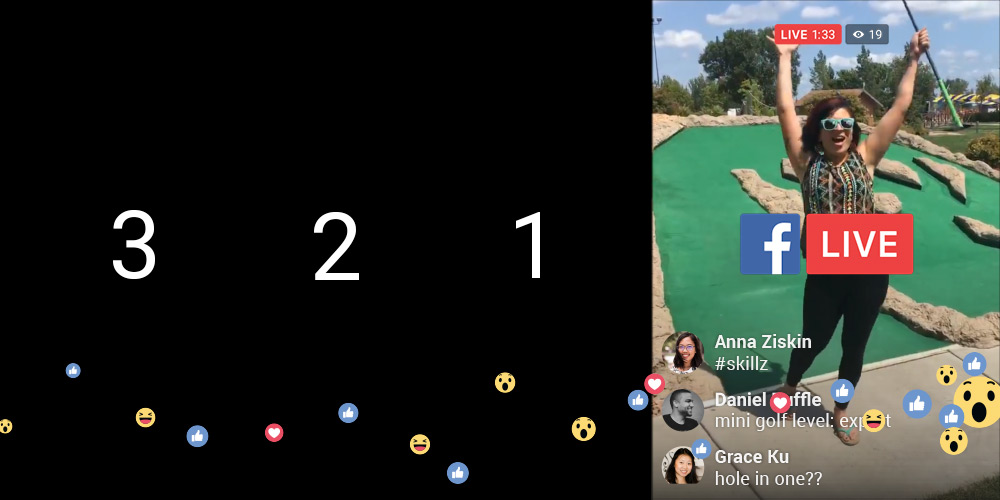 Facebook launched a major marketing campaign in 2017 that included TV commercials, bus wraps and billboards in an effort to push users to to use its live-streaming video product, Facebook Live.

The ads were created by Facebook’s in-house creative team The Factory, and then I worked with Grand Visual to help adapt them for the Digital Out-of-Home landscape. This required a keen eye for design and layout to meet Facebook’s exacting standards.

The ads, which appeared on digital 6-sheet bus stops and digital billboards across the UK, show off examples of Facebook live videos, as well as an explanation for how to use the product. Both static and motion were used on the digital billboards. 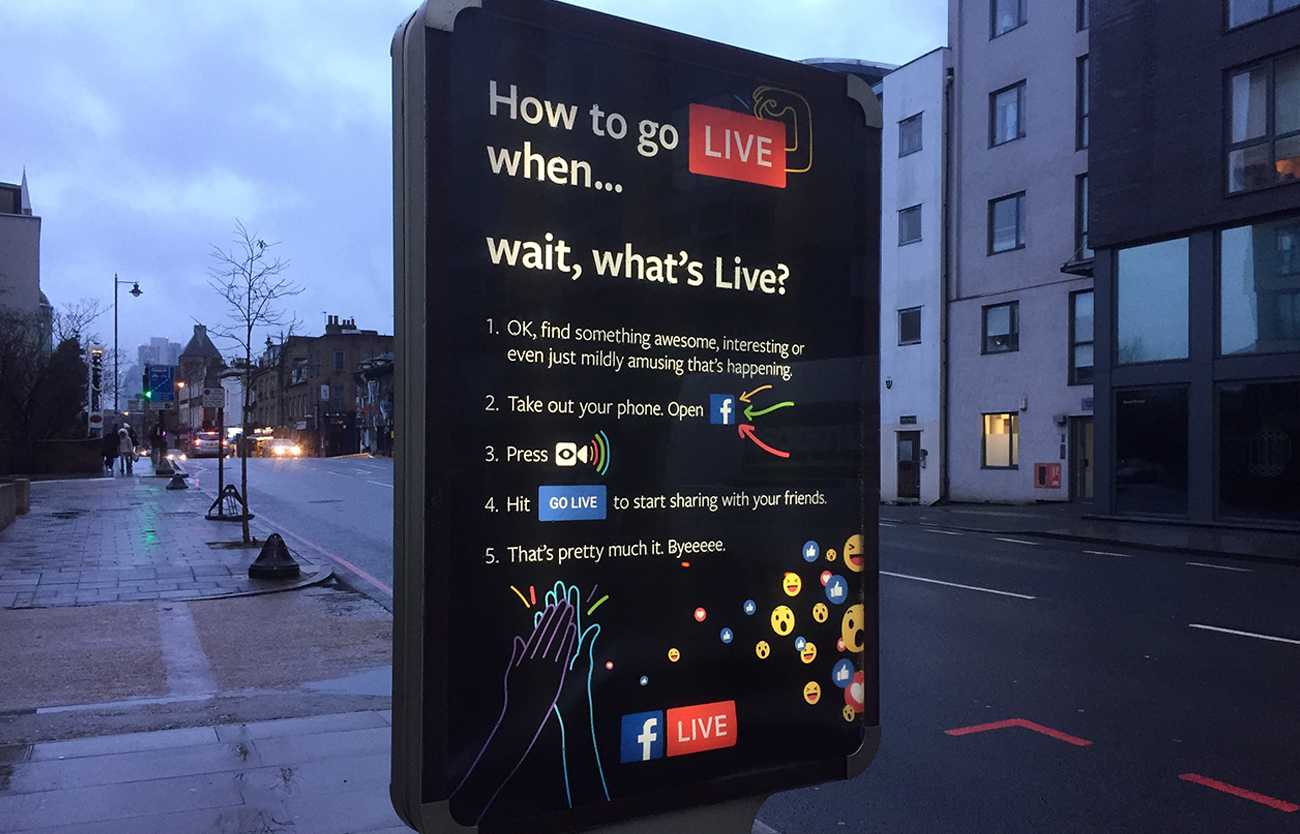 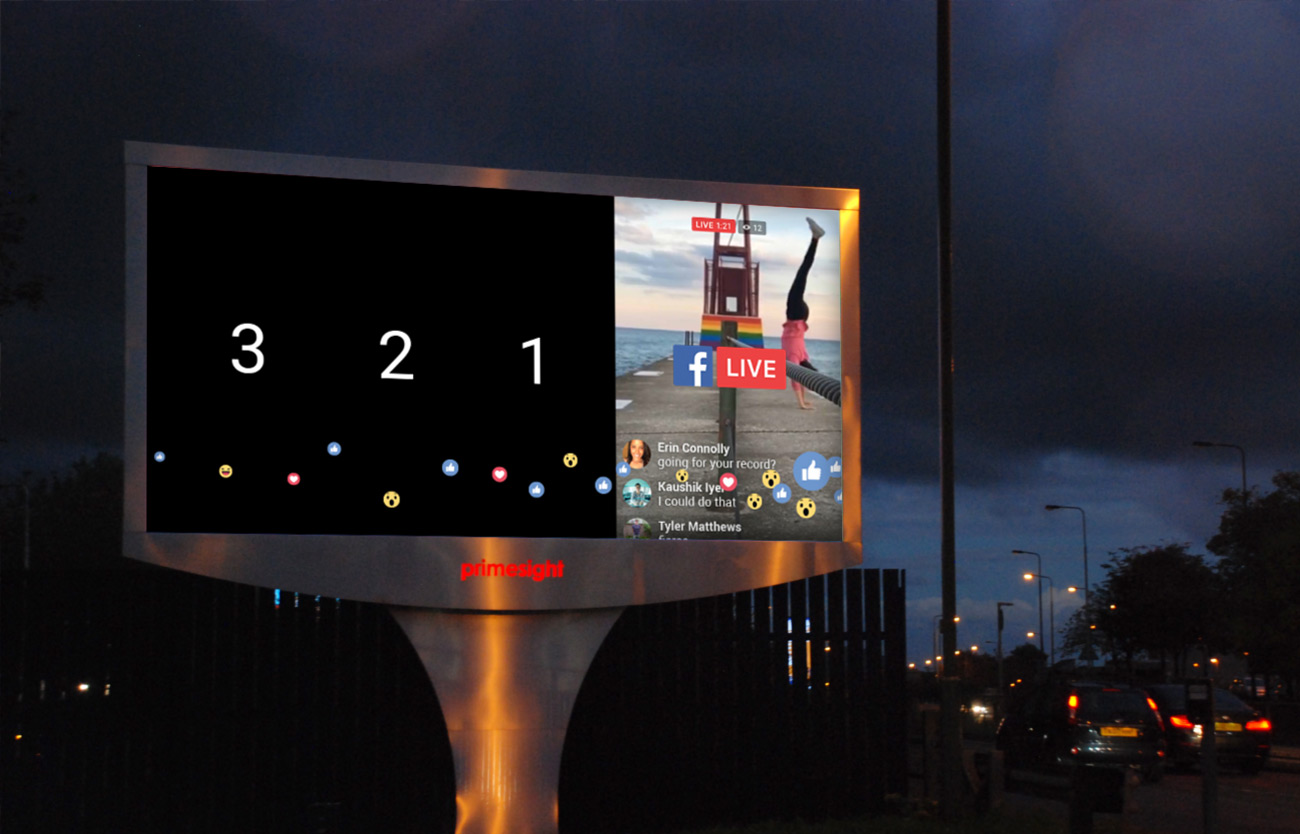 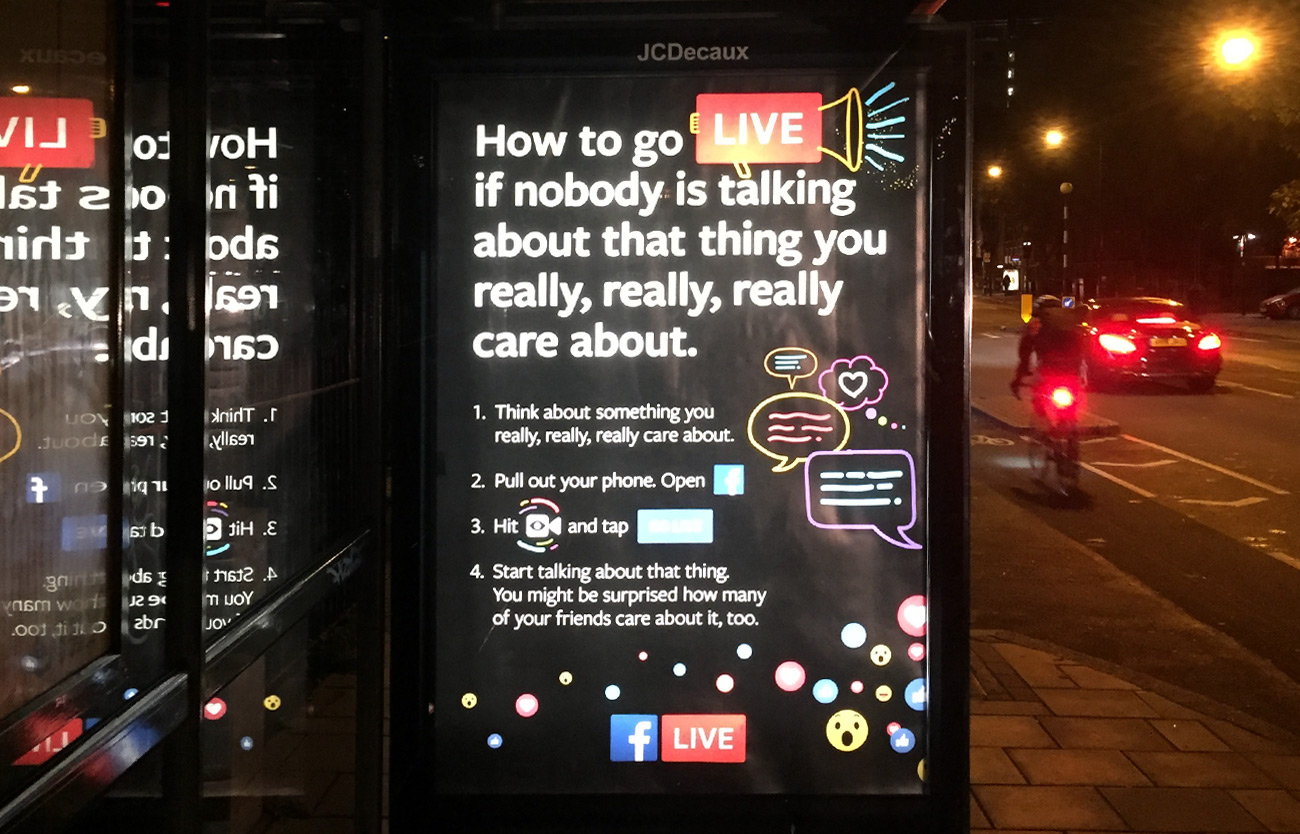 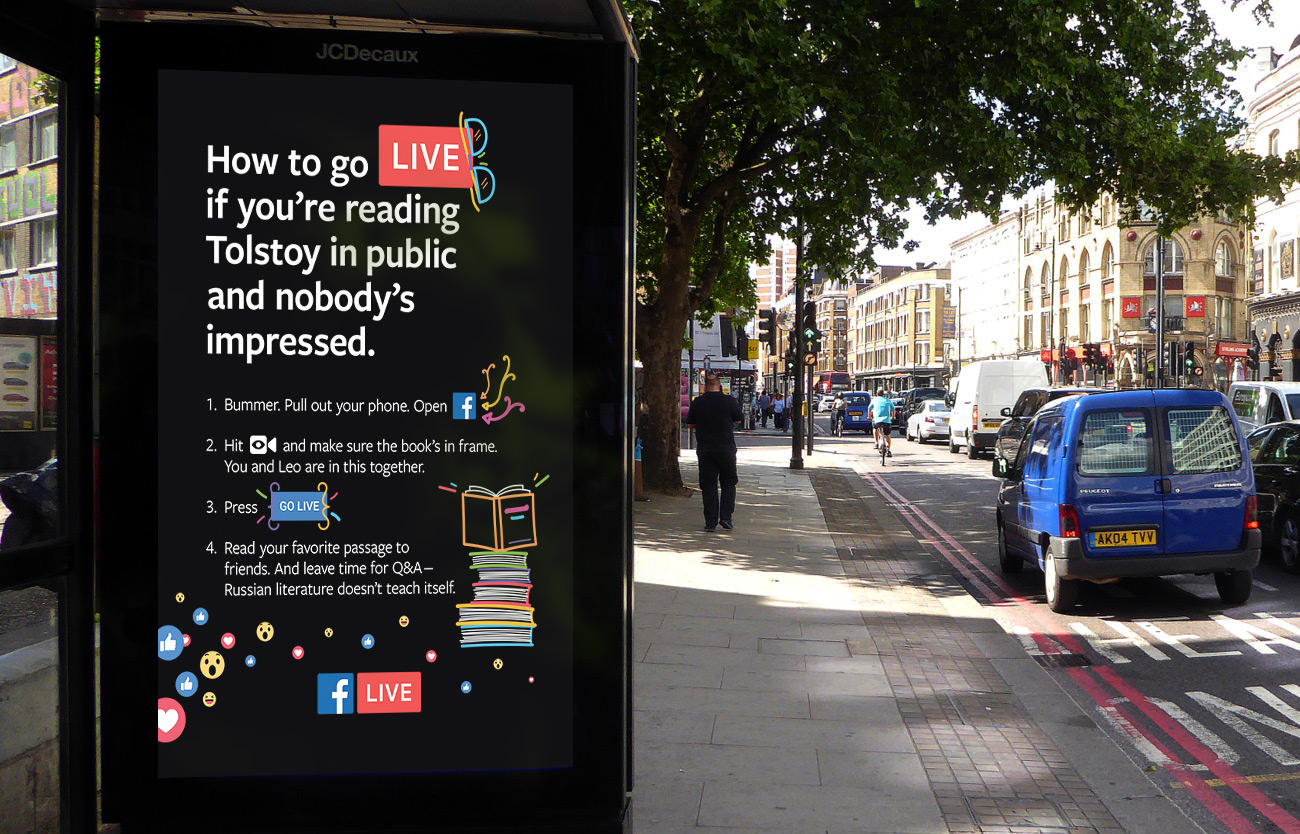 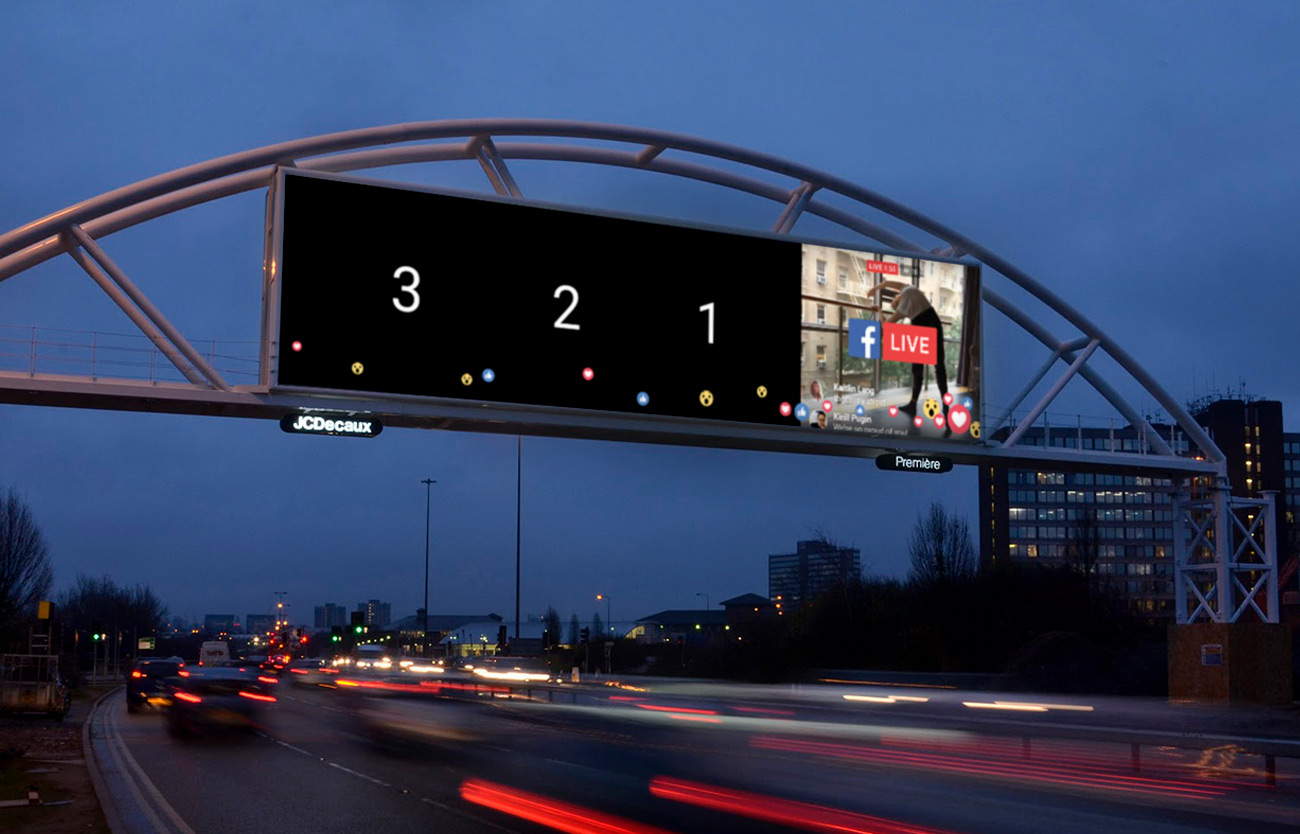 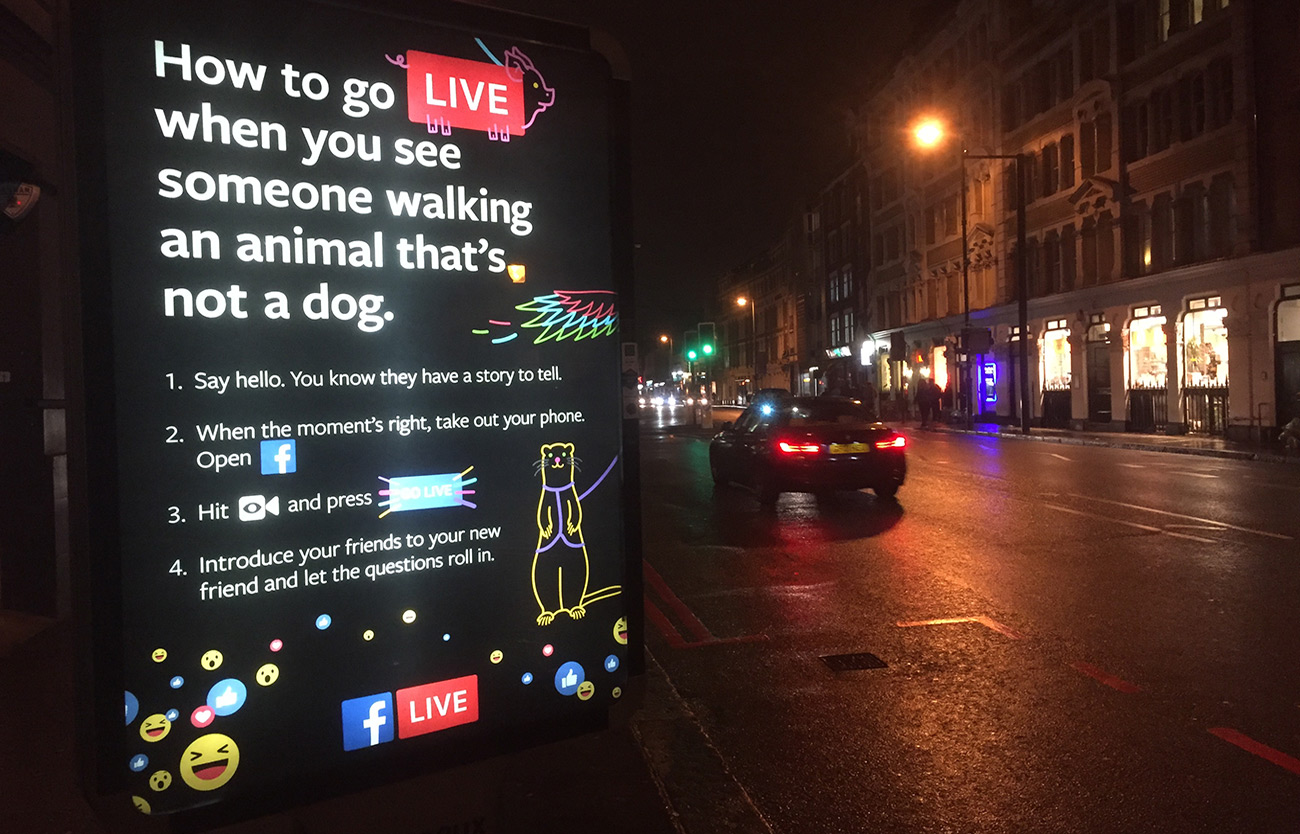