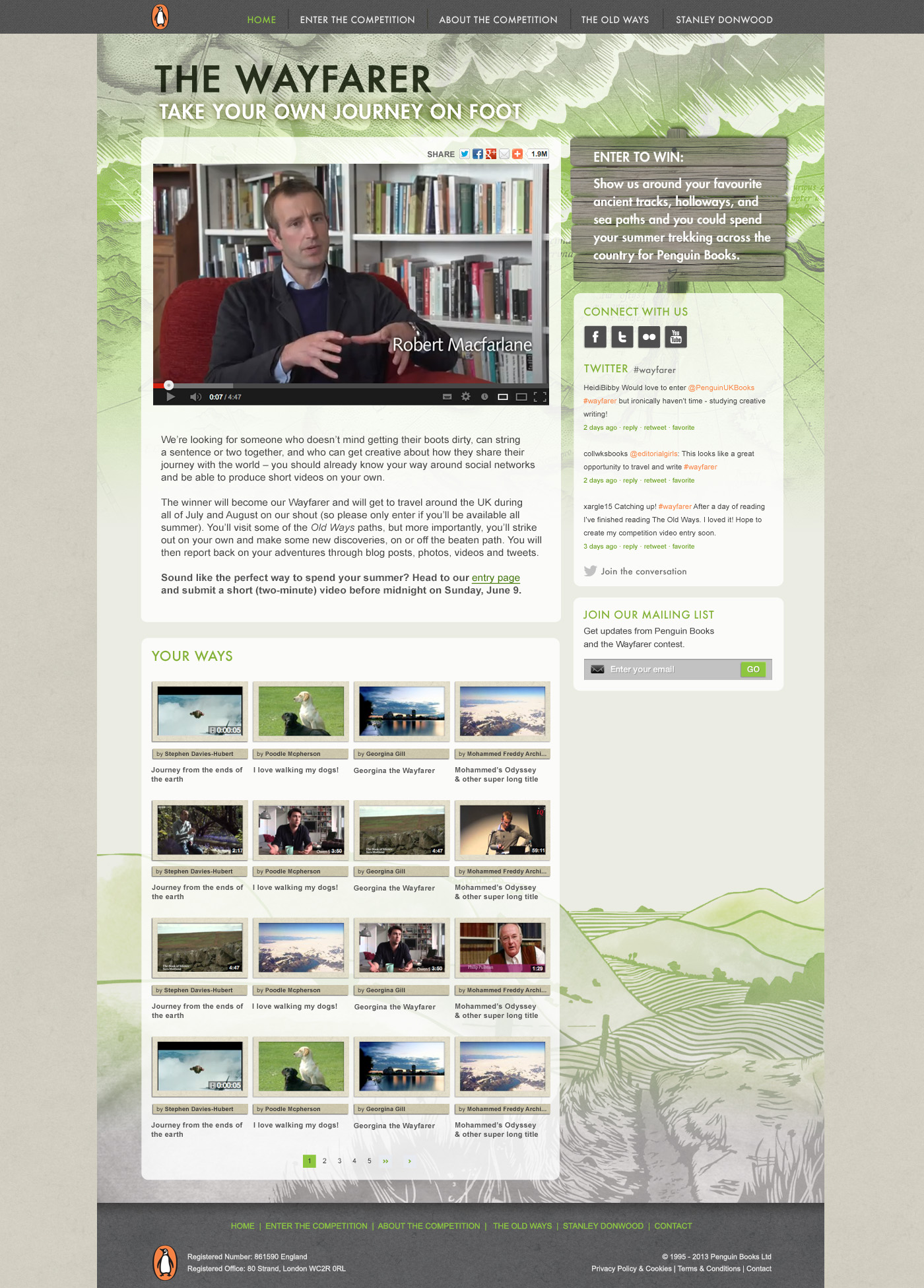 The Wayfarer site was created to run alongside the launch of the Penguin Book – The Old Ways written by Robert Macfarlane.

“Following the tracks, holloways, drove-roads and sea paths that form part of a vast ancient network of routes criss-crossing the British Isles and beyond, Robert Macfarlane discovers a lost world – a landscape of the feet and the mind, of pilgrimage and ritual, of stories and ghosts; above all of the places and journeys which inspire and inhabit our imaginations.”

Read more here.
The site was created to find a blogger who would follow the walking routes that Robert had written about, and then blog about his/ her experience with written posts and videos. Members of the public submitted videos talking about why they should be chosen.
The winner was selected by a panel from Penguin books and Robert Macfarlane.
Since the competition is now over, the site is no longer up, but you can still find out about the book at the link above.
Share Tweet Share Pin 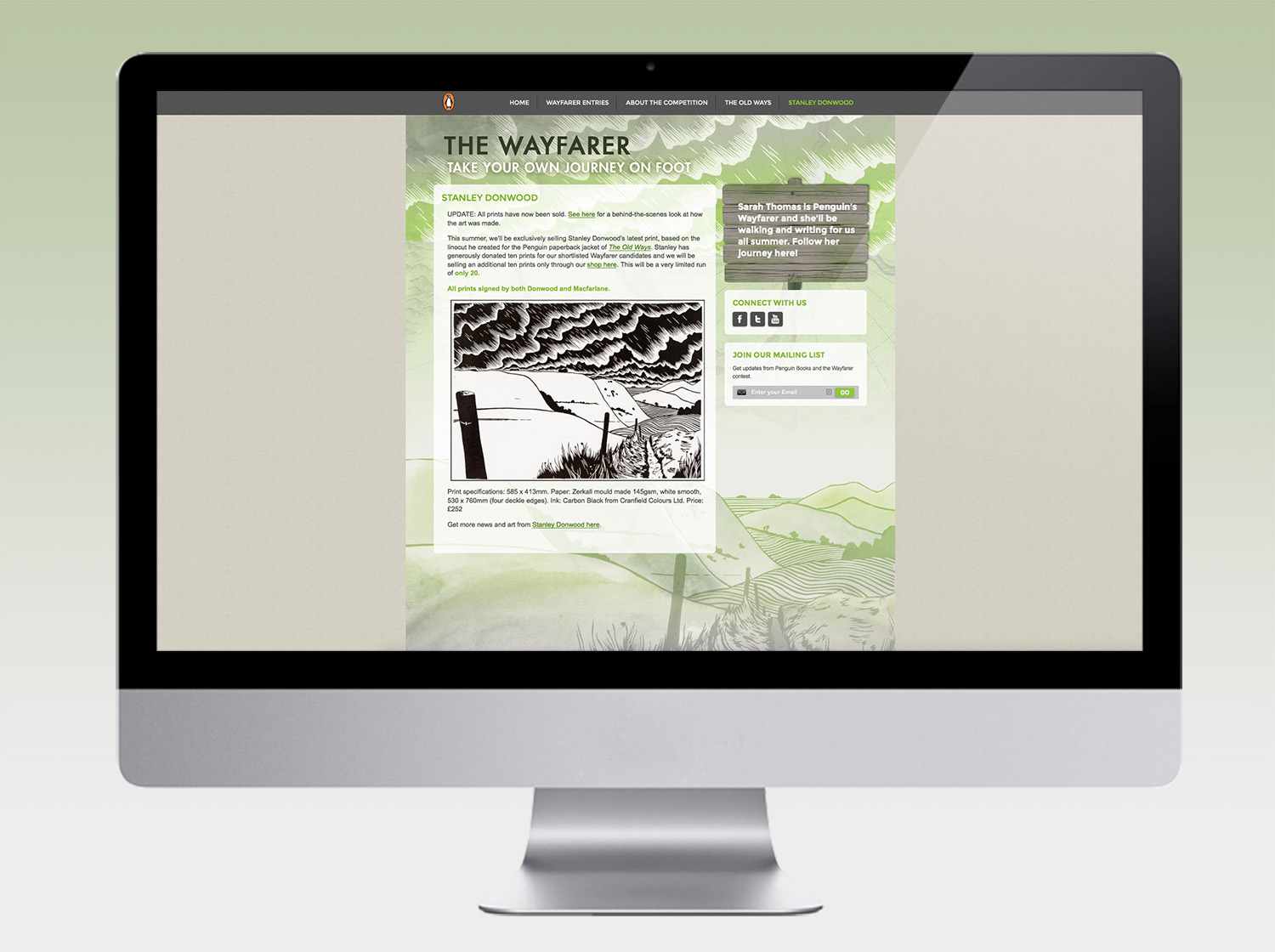 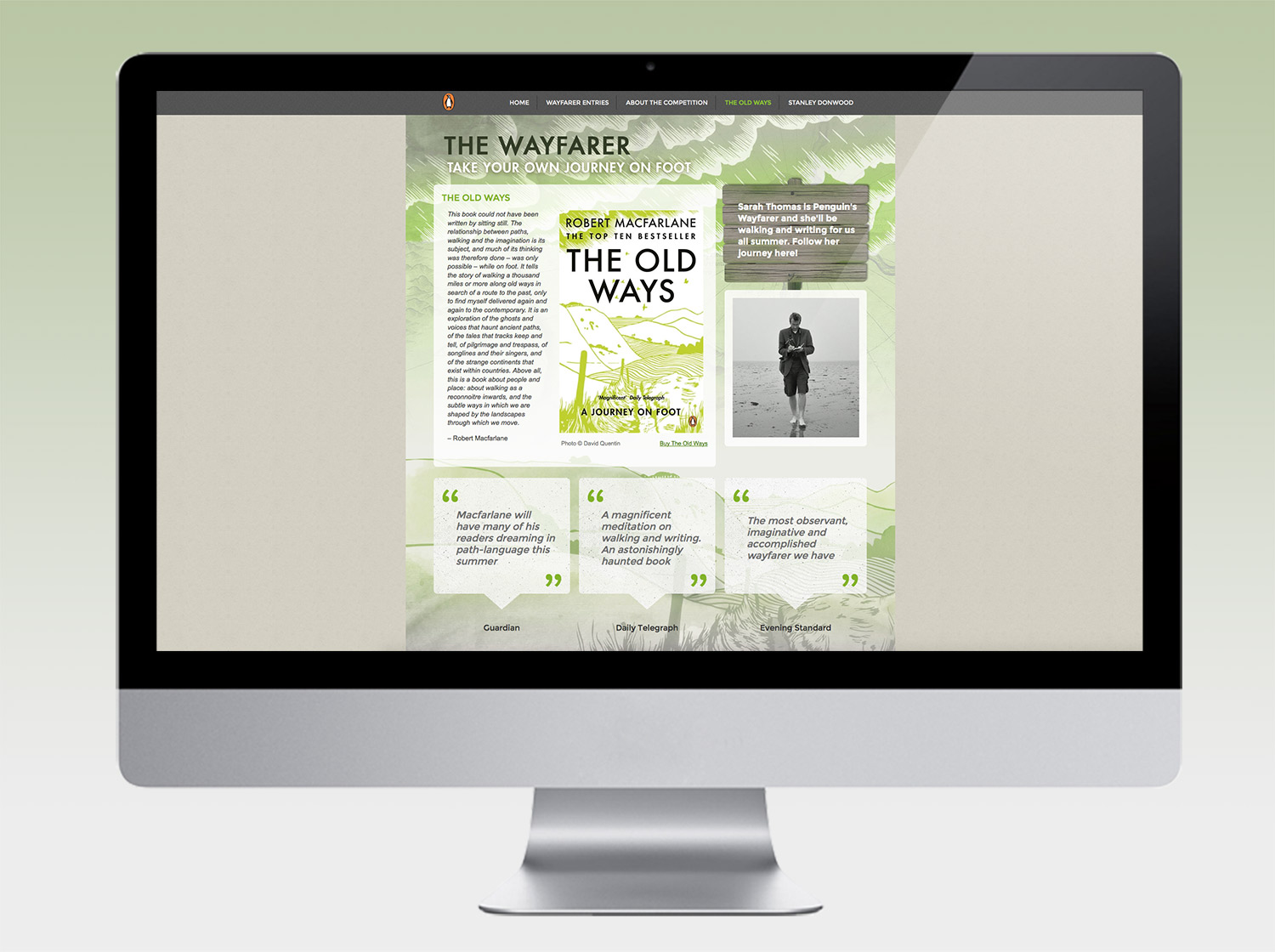 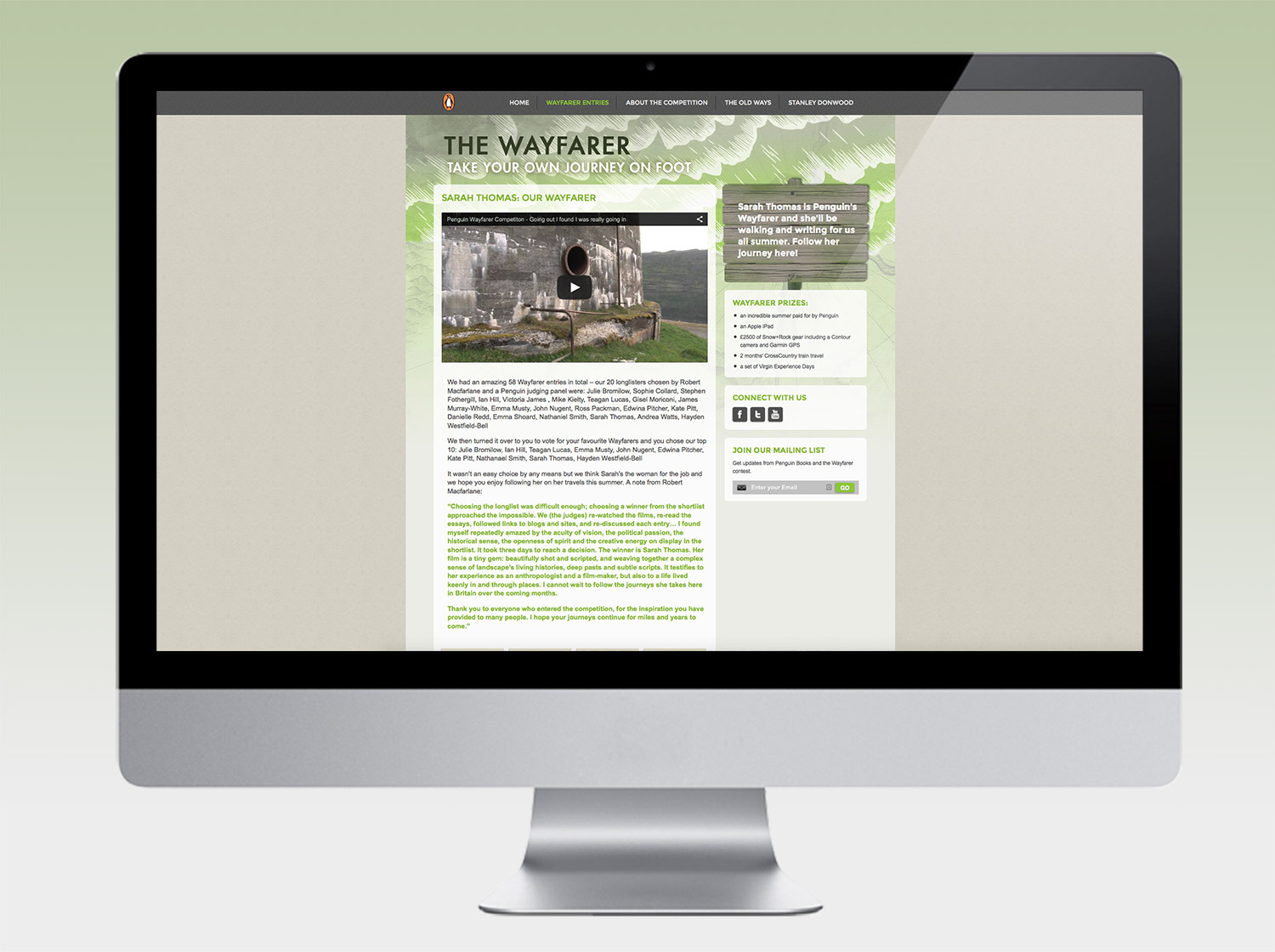